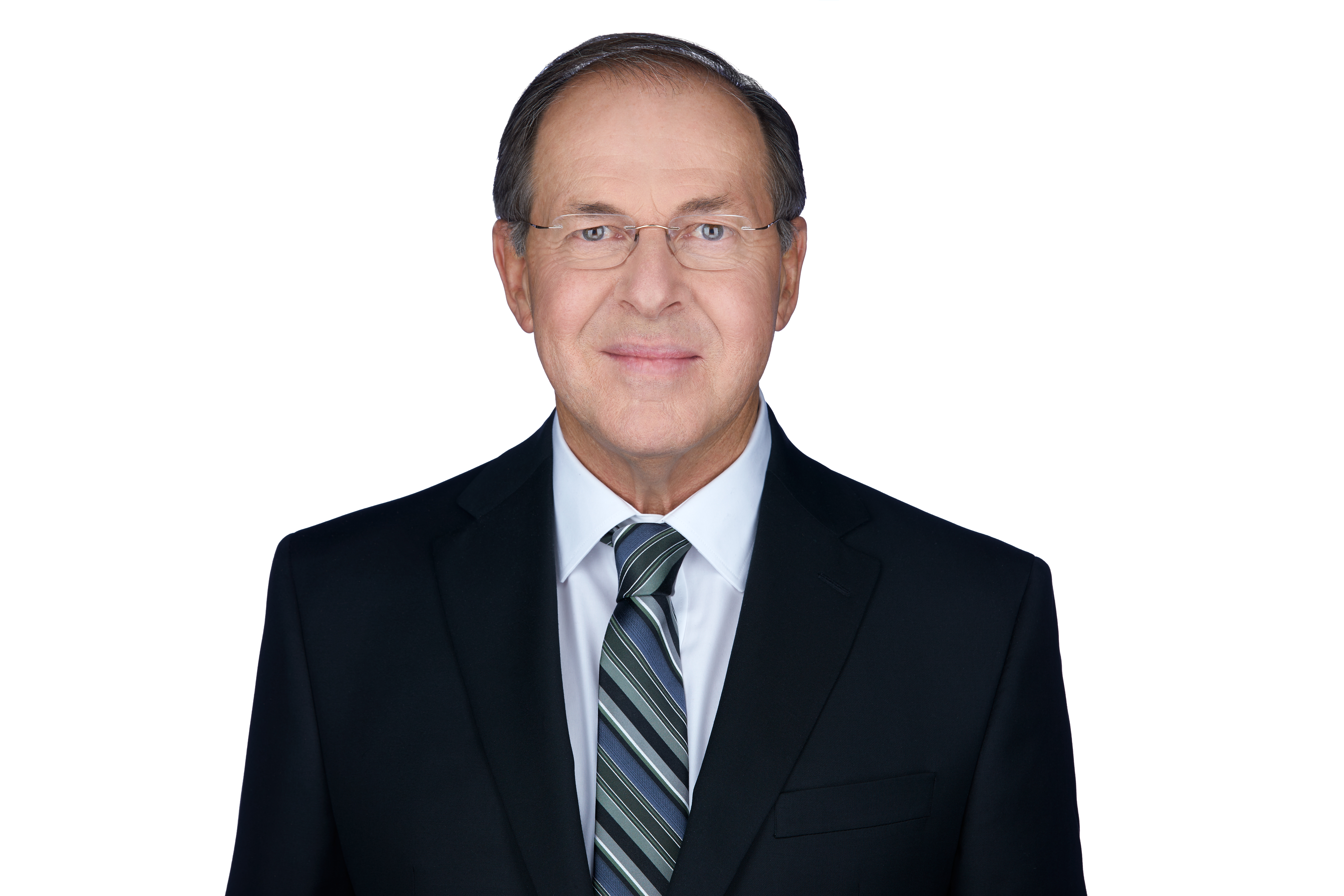 Gilles Gagnon serves as the President and Chief Executive Officer of Ceapro. Prior to joining Ceapro, he was President and CEO of Aeterna Zentaris, a Nasdaq-listed biopharmaceutical company. During the past 35 years, Mr. Gagnon has worked at several management levels within the field of health, especially in the hospital environment and pharmaceutical industry. Before going to Aeterna Zentaris in 1999, Mr. Gagnon was Vice President, external affairs for Novartis Pharma Canada Inc. from 1996 to 1999. Prior to that, from 1989 to 1996, Mr. Gagnon held various positions including Executive Director, Corporate Planning and Business Development, Senior Director, Strategic Alliances, General Manager, Government Affairs and Access to Market and Director of Professional Services at Sandoz Pharmaceuticals Inc. Throughout his career in the pharmaceutical industry, Mr. Gagnon was especially involved in corporate development, alliance management, as well as marketing functions where he participated in the launch of nine innovative pharmaceutical products in addition to his general management functions.

Mr. Gagnon has participated in several international committees and strategic advisory boards. He completed three mandates on the board of directors of Canada's Research-Based Pharmaceutical Companies (Rx&D, now Innovative Medicine Canada) where he represented for nine years members from the biopharmaceutical sector and pioneered the Rx&D's Canadian bio partnering initiative. He also served on various boards in the life sciences industry including private organizations like Bio Quebec (Chairman) and Montreal In Vivo as well as publicly-traded biotech Nasdaq listed companies. Mr. Gagnon holds a master’s degree in pharmacology (M.Sc.) and a master’s degree in Business Administration (MBA) from Sherbrooke University, a certificate in General Management from the London Business School, UK and holds an ICD.D certification for completing the Directors Education Program at the Rothman School of Management of University of Toronto. He is a member of the Canadian Institute of Corporate Directors. 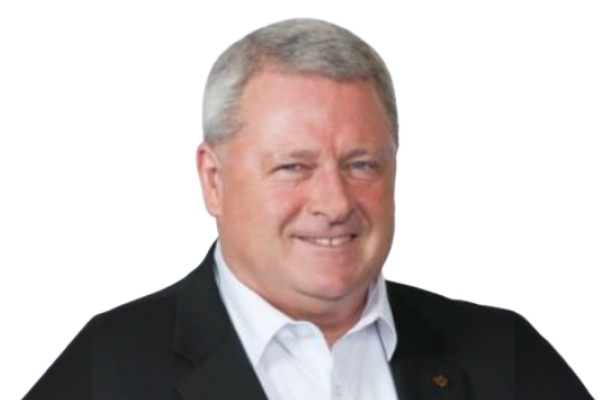 Chair of the Board

Ronnie Miller was President and CEO of Hoffmann-La Roche Limited (Roche Canada) for 22 years (until 2022). In this role, he was responsible for the growth and success of the Canadian Pharmaceuticals Division, particularly as it relates to Roche’s mandate of developing and delivering innovative healthcare solutions for Canadians.

Ronnie has more than 43 years of extensive and varied experience in the pharmaceutical industry.

Born in Scotland, Ronnie completed his Bachelor of Science in Economics and Geography at the University of Glasgow, then moved to Leeds, England to accept a job as a pharmaceutical sales representative.

Ronnie advanced through a series of successive sales and management positions across the industry to become the National Sales Manager for Roche in the United Kingdom in 1988 and continued to move globally as a Product Manager in Switzerland and Deputy Divisional Director of the Pharmaceutical Division in Japan. He moved back to Switzerland to head up a global product launch before returning to the UK as Pharmaceuticals Director. Ronnie was appointed President and CEO of Roche Pharmaceuticals in Canada in May 2000 and became a Canadian citizen in 2008.

Ronnie was re-elected as Chairman of the Board of Directors of Innovative Medicines Canada (IMC), the national association representing Canada’s research-based pharmaceutical companies, from 2019 to 2022.

He served as Chairman of the IMC Board in 2007 and has since fulfilled two subsequent terms as Past Chair. Prior to this, Ronnie was the Chair of the IMC Prairies Core Team and sat as Co-Chair of the Health Research Foundation. He also served on several committees including the IMC Public Affairs, Stakeholder Relations, the British Columbia Sub-Committee, and was Chair of the Federal Affairs/FPT Relations Standing Committee.

When he is not working, Ronnie can usually be found on a golf course in Toronto – a sport he enjoys with his three daughters, who share his passion and strong sense of competition. He also enjoys traveling with his wife Colette, and spending time at their family home in Florida, a retreat always filled with friends and family from around the globe. Mr. Rourke is a bilingual native of Quebec City with degrees from Queen's University and an MBA from the University of Western Ontario. In 2006, he completed the Director's Education Program (DEP) of the Institute for Corporate Directors (ICD) and subsequently received the ICD.D certification. Retired since January 2006, Mr. Rourke worked with BMO Financial Group since 1970. He has lived and worked in Tokyo, Singapore, and Hong Kong, having been involved in many aspects of International Banking, culminating with overall responsibility for the Bank's business in Hong Kong and The People's Republic of China. In 1981, he moved to Toronto as Vice President World Corporate Banking, and then in 1985 was relocated to Montreal as a Senior Vice President and Head of Corporate Banking for Eastern Canada. Subsequent to the merger of Bank of Montreal Corporate Banking and Nesbitt Burns Investment Banking, he also assumed direct responsibility for a number of major Quebec-based banking relationships, with overall responsibility for corporate lending and coordination of a wide array of banking products for clients and perspective clients. Mr. Rourke holds numerous past and current directorships. 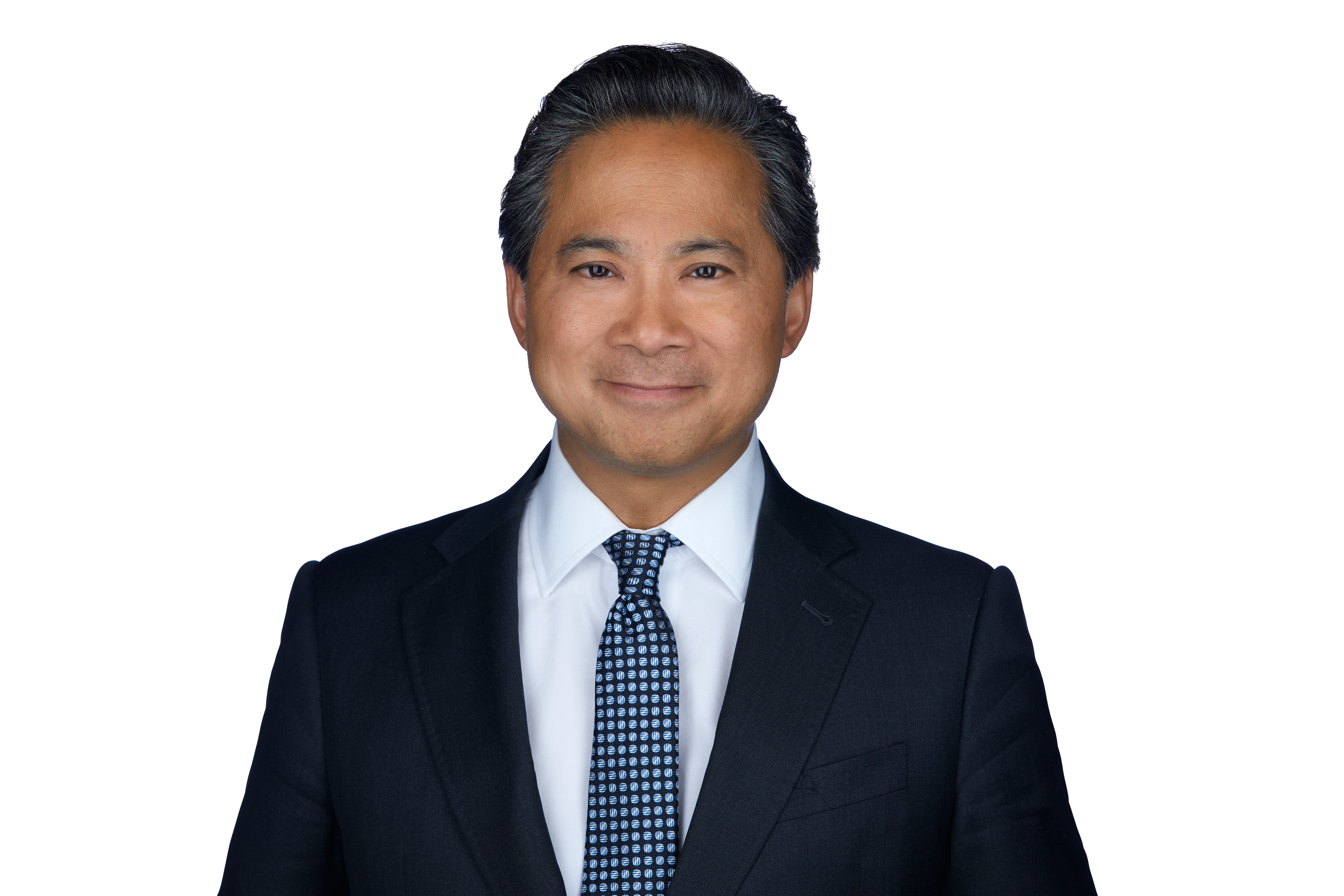 Dr. Li is the President, Medical Director and Co-founder of the Angiogenesis Foundation, which leads a worldwide revolution in diet and disease prevention based on emerging clinical research and technological advances. Through his work at the Angiogenesis Foundation, he has developed a unique social enterprise model based on international collaborations with leading medical academic centers, biopharmaceutical companies and government agencies, including the National Institutes of Health, National Cancer Institute and the Food and Drug Administration. Dr. Li's expertise extends across numerous medical specialties including oncology, hematology, cardiology, diabetes, ophthalmology, dermatology and wound care along with a diverse category of other disease areas and health conditions.

Dr. Li's extensive work has been published in Science, The New England Journal of Medicine, Nature Reviews Clinical Oncology, The Lancet and other leading peer-reviewed medical journals. He is a highly sought international lecturer and advisor, and has been recognized by O Magazine, The Atlantic, USA Today, The New York Times, TIME Magazine, Wall Street Journal and CNN, as well as the Bill and Melinda Gates Foundation and the Clinton Global Initiative. Additionally, Dr. Li's diet and disease prevention expertise has been featured on "The Doctor Oz Show" television show including his recent Eat to Defeat Cancer initiative, a healthy eating campaign in over 130 countries.

Dr. Li received his A.B. with honors from Harvard College, and his M.D. from the University of Pittsburgh School of Medicine, Pennsylvania. He completed his clinical training in General Internal Medicine at the Massachusetts General Hospital in Boston. Dr. Li has held appointments on the clinical faculties of Harvard Medical School, Tufts University, and at Dartmouth Medical School. He is an Honorary Fellow of the American College of Wound Care Specialists and has served as advisor and consultant to leading global public and private companies. 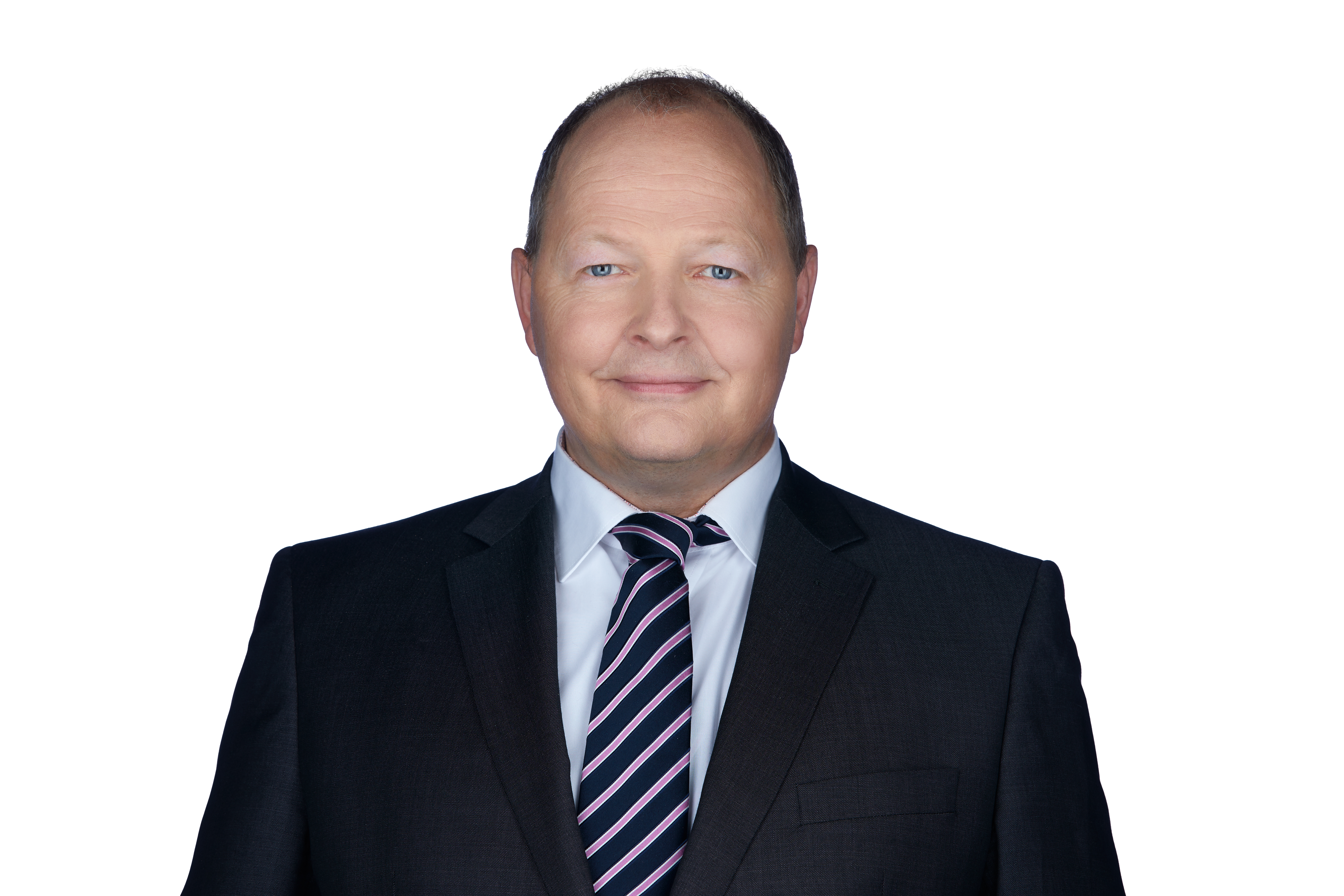 Dr. Kosciessa currently serves as the Chief Executive Officer of Germany-based Photonamic GmbH & Co. KG and as the Chief Operating Officer of Tokyo-based SBI Pharmaceuticals Co. LTD. He has worked for 20 years for Medac GmbH, a global pharmaceutical company with operations in 70 countries where he served as a member of the Executive Management Board, as Managing Director of Medac International and as Chairman of the Board of Medac Pharma Inc., a U.S.-based subsidiary of Medac GmbH focused on specialty pharmaceuticals for autoimmune diseases and cancer. Throughout his career at Medac, Dr. Kosciessa has formed several subsidiaries and affiliates as well as established a network of global partners, growing the Company's international business more than 50% since 2005.

In addition, since 2006 Dr. Kosciessa has also served as Chief Executive Officer of Photonamic, a subsidiary of Medac GmbH focused on research and development of photodynamic therapy and diagnostics. He has successfully developed two Photonamic products currently marketed in Europe, North America, South America, the Asian Pacific region and Australia. From 2006 to 2008, Dr. Kosciessa served as Chief Executive Officer at Immune Laboratory of Hannover, a research-based organization focused on autologous dendritic cell-based tumor vaccines.

Prior to joining Medac GmbH, Dr. Kosciessa was a postdoctoral researcher at the neuroscience/neurodegenerative diseases division of Schering AG, a multinational pharmaceutical company. He received a B.Sc. in Biology and a Ph.D. in Molecular Biology from Georg-August University of Göttingen, Germany. 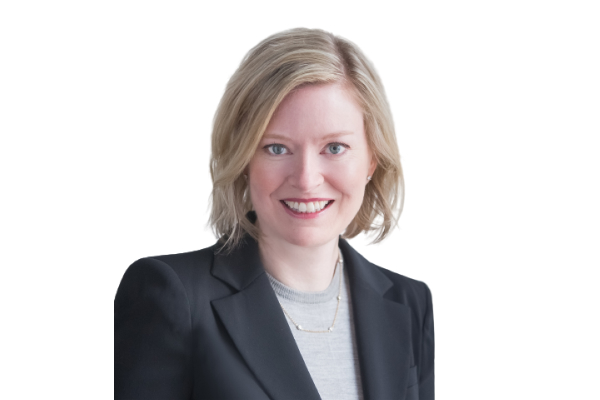 Ms. Foster is an established businesswoman, attorney and corporate executive with a background in several industries including life sciences and pharma. Over the course of her career, she has negotiated multiple value-creating transactions, including joint ventures, licensing agreements, R&D agreements, and equity financings for public and privately held companies.

Since 2008, Ms. Foster has run her own legal practice where she offers legal services to private SMEs and public companies, including companies in the pharmaceutical and life sciences industry. Prior to that, she served as the Vice President, Legal Affairs and Corporate Secretary at Warnex Inc., a TSX-listed company which developed and licensed innovative technologies and operated medical and pharmaceutical laboratories. Additional career appointments include Director, Legal Affairs and Corporate Secretary of Boomerang Tracking Inc., a TSX-listed company which used cellular technology to track stolen vehicles and Spectra Telecom ST Inc., an affiliate of SNC-Lavalin and Telesystem in the engineering and construction of wireless telecom towers on the international scene. From 1996-1999, Ms. Foster served as a Business Attorney at Langlois Gaudreau. Ms. Foster currently serves as a Board member of the Quebec CPA Order and Oxfam Quebec. Previously, she served as a Board member and executive of BioQuebec.